Let’s start with the humorously insightful quotation about luck said by American Founding Father Thomas Jefferson, “I’m a great believer in luck, and I find the harder I work the more I have of it.” Many people thought he got lucky in getting a big contract, but only a few knew that he had been tailing dozens of other contracts too for a while. So let’s ask ourselves again, does success depend on luck or hard work? Or is it luck and hardwork?

This made a lot of sense in what Thomas Jefferson quoted about luck and success. We can say that if you work hard for success then the extent to which something is likely to happen upsurges. The probability of chances and opportunities increases without needing to put action to it. Let’s talk about an example of an actor who has been working very hard by going to a lot of auditions but isn’t getting a role in a movie. He might work really hard by giving a lot of auditions but he might not be a good actor. If he worked hard in being a good actor, then his chances of getting a role in the movie would increase. He wouldn’t have to put his own actions to get the role but might get offered to play the role by the director or the producer. People might call it luck, which is also considered luck, but there is an extent of hard work in developing one’s self too.

So instead of blindly depending on luck to come to you, let’s note 5 important rules we need to learn to develop luck in our lives.

A lot of people consider themselves to have bad luck because they aren’t at the right place at the right time. If you have bad habits and are at the wrong places, there is a high chance that something that isn’t good might happen to you. You can be sad and mope around saying you have bad luck, but the chances might be that you just had bad habits that made you end up at the wrong places.

If you developed good habits and avoid the bad ones, you automatically end up doing the right things and are already in the right places. Good habits change your choices and the more wholesome your choices are, the luckier you get. 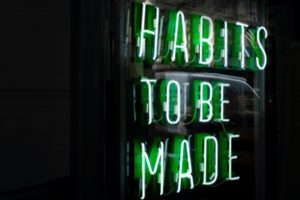 2. Show Compassion to Everyone

Kindness makes you beautiful, no matter what you look like. It can make a bad day good, and a good day even better. Kind people always receive good luck and success. First of all, being kind to others will make you feel much happier about yourself. Studies have shown that kindness has real psychoactive benefits, such as people who spent more of their income on others were markedly happier than those who spent more of their income on themselves.

Acting with kindness increases oxytocin production, which is responsible for increasing feelings of happiness. Happy people are already successful people. Also, showing compassion to everyone builds feelings of trust. When you gain trust, it starts to open doors leading to success. So don’t wait for someone else to show kindness to you, make the first move. Kindness is never enough. 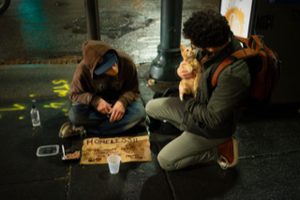 Successful people take luck into their own hands rather than relying on their hopes and dreams in the unreliable hands of luck. If you work hard, believe you can do it, visualize and push yourself harder than anyone else, then you probably might be taking the hard way. If you learn to speed up the process, then you can speed up the progress. You need to learn how to hack the path and make smart cuts, like adopting habits of the masters, using failure to push you forward, build on things that already exist, become someone who knows how to take opportunities and catch waves and plunge into momentum.

Short cuts mostly mean taking the easy way in which might not always lead to success, but if you learn to take smart cuts then you are already having luck on your side by taking matters into your own hands to gain success. 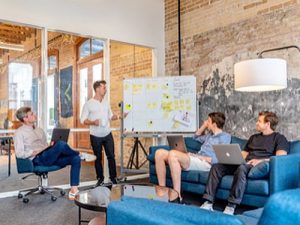 What does luck have to do with learning to let go? Learning the art of letting go is the answer to living a fulfilling and productive life. Since the existence of the universe arises from manifestations of our desires, we need to know that we are always receiving and becoming who we are from our minds. Once we let go of the past and stop thinking about the future, we learn to live in the present. There is a saying, “Yesterday is history, tomorrow is a mystery, but today is a gift. That’s why we call it The Present.”

Living in fear and worry drives our existence without us realizing it slowly destroying our happiness and our health. Once you learn to let go of these negative factors, it opens the door for you to stay in the present and receive the best the universe has to offer. 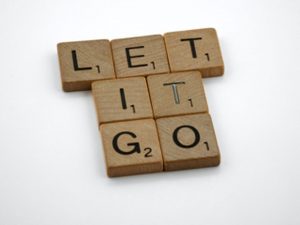 Luck is an outcome of your thoughts manifesting into reality. Like we discussed before, luck comes without discriminating if it’s good or bad, so does manifestation. So therefore it’s best to keep your thoughts positive for success. When your mind and thoughts form a chain reaction, it comes to you without expectation which you mostly call luck. We call it luck because it comes during an unexpected time and place, but in reality, it’s a manifestation of your mind and thoughts.

There are a lot of manifestation techniques that lead you to create faster healthy gains for success by using techniques such as visualization, gratitude journaling, bedtime programming, and writing affirmations, and many more. 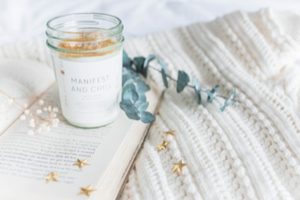 So now we can finally conclude this article by saying that luck is a derivable process and can be brought into our life through these 5 golden rules that make you a more successful and lucky person. Try it out and reap the benefits instantly!

Small But Important Things To Observe In Numerologist Report Reviews

Small But Important Things To Observe In Numerologist Report Reviews

I will guess your mental age by these 5 questions

I will guess your mental age by these 5 questions

Can twin flames have the same life path number?

Can twin flames have the same life path number?

What Kind Of Intelligence Do You Truly Possess?

What Kind Of Intelligence Do You Truly Possess?