9 Steps To Create Your Own Happiness

9 Steps To Create Your Own Happiness

There are many great personal finance books you can read, but only a few can alter how you think about money. People’s ideas and beliefs about money, not their job title or pay, are a big part of what keeps them from financial success.

As Napoleon Hill states in “Think and Grow Rich,” “DESIRE” is the beginning point for all accomplishment, and “our actions can be no wiser than our thoughts,” as George S. Clason says in “The Richest Man in Babylon.”

We’ve discussed how these three best books on money psychology may alter your attitude about money and your potential to retire wealthy. 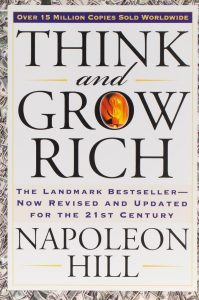 After being inspired by renowned industrialist Andrew Carnegie, Napoleon Hill spent 20 years researching more than 500 self-made billionaires, who transformed a few nickels and dimes into a fortune. His 1937 best-seller “Think and Grow Rich” was based on his findings.

He distills the “secret” to accumulating money into 13 principles and identifies the “main reasons of failure” that prevent many of us from becoming wealthy.

This book will teach you that being wealthy is more about attitude than anything else. In reality, Hill’s book makes no mention of “money,” “wealth,” “finances,” or “stocks.” He shows how to start thinking about success by breaking down the psychological obstacles that hinder many of us from achieving our fortunes.

Think and Grow Rich is a simplified, understandable explanation of his Law of Success philosophy, which contains thirteen stages to wealth (financial, emotional, and spiritual).

This is a unique book. It differs significantly from any other investment or personal finance book I’ve read. They will not provide particular recommendations, such as investing in low-cost Exchange Traded Funds (ETFs). The whole book is focused on controlling your emotions to ensure that your path to wealth is paved with success.

You’ll need a concept after you’ve developed a strong desire to achieve your objective. You may make a plan out of that concept. And you need to utilize good emotions along the way while avoiding bad emotions. To do this, you’ll need a strong intellect.

2. “The Richest Man in Babylon,” by George S. Clason 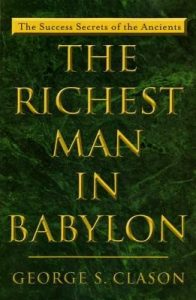 The Richest Man in Babylon is an almost 100-year-old book. Nonetheless, the book is as relevant now as it was in 1926 when it was originally released. The book is organized around a series of stories that provide financial advice. The setting for these stories is Ancient Babylon. Set 4,000 years ago, to be precise. They are connected to Arkad, a mythical Babylonian figure.

Arkad was a lowly scribe who rose to become Babylon’s “richest man.” Because its inhabitants understood the value of money, Babylon was the richest city globally at the time. This is one of the most important classic financial books ever written. You will have a better grasp of Arkad’s financial guidance at the conclusion of this book. You’ll have seven remedies and five gold laws to work with. These will assist you in generating money, as well as protecting and investing it.

Clason argues that the “secret” to being wealthy isn’t that hidden after all. It requires the capacity to comprehend a few basic but powerful ideas like paying yourself first, living within your means, and investing in yourself. He expresses these ideas via a series of humorous parables set in the ancient world’s richest metropolis, “Babylon.”

At its peak, Babylon was the world’s richest metropolis, which Clason credits in part to the people’s attitude toward money. The book illustrates the significance of our connection with money and the fundamental rules for obtaining, maintaining, and earning money through stories about people from Babylon.

3. “The Power of Broke,” by Daymond John 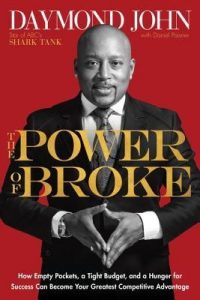 Daymond Since he first began selling hand-sewn t-shirts on the streets of Queens, John has used the power of brokenness to further his goals. Daymond had to think outside the box in order to sell his goods since he only had $40 and a limited amount of money on hand. Fortunately, desperation fosters innovation, and he came up with a smart marketing strategy that helped turn the FUBU brand into a $6 billion worldwide sensation in the process. However, it is conceivable that it would not have occurred if he had not set out with nothing but an optimistic heart and a burning desire to achieve by any means necessary.

As the author of this book demonstrates, being poor is far from being a disadvantage when it comes to being an entrepreneur. Instead of being a drawback, being poor may really be your biggest competitive advantage. Why? Because starting a company from the bottom up pushes you to be more innovative in your thinking. It motivates you to make better use of the resources that are available to you. It pushes you to engage with your consumers in a more genuine manner and to sell your ideas in new and innovative ways. Ultimately, it teaches you to be loyal to yourself, to remain laser-focused on your objectives, and to come up with the creative ideas necessary to make a significant impact.

With the help of his own experiences as an entrepreneur and branding consultant, as well as behind-the-scenes glimpses from the set of Shark Tank and the stories of dozens of other entrepreneurs who have hustled their way to wealth, John demonstrates how we can all harness the power of broke to achieve phenomenal success.

This book will help entrepreneurs realize that establishing a company on a shoestring budget may be your biggest competitive edge. Daymond expresses his ideas throughout this book and shows you that having the mindset of not having money as an option may assist fuel your success since it pushes you to think more imaginatively. It pushes you to utilize your resources more effectively and promote your ideas more creatively.

Having this mindset pushes you to stick to your strategy and do everything feasible.

Daymond John is a well-known and fascinating man. This is a fantastic book to read. It’s just around 2.5 hours long, but you’ll get a lot out of it.  It is definitely worth the time.

Reading all of these books is a great place to start when it comes to developing a healthier money mindset. A good book with a good message may make a difference in your life.

How to Stay Motivated Everyday

How to Stay Motivated Everyday

9 Qualities To Achieve Goals For Success

9 Qualities To Achieve Goals For Success

7 Things Poor Do That Rich Don’t

7 Things Poor Do That Rich Don’t