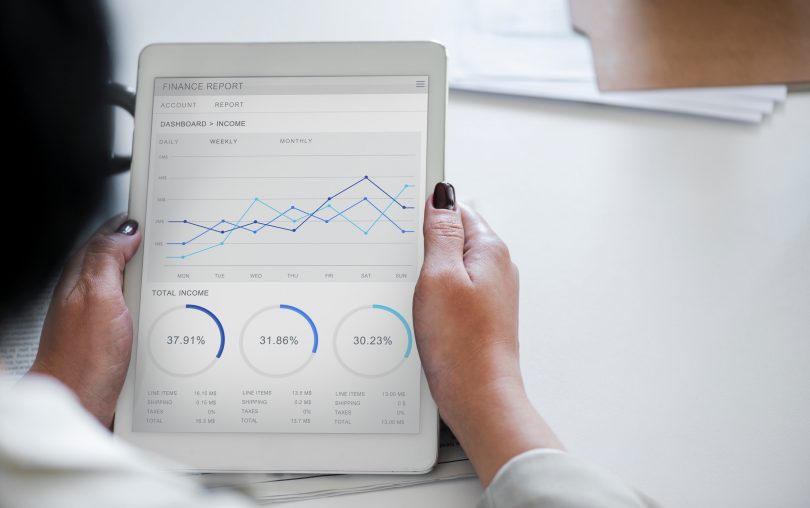 In this favorite youtube video of mine, you will find out how to progress in life through the power of small, baby steps. This concept is highly favored, as even moving forward by a minuscule 1% each day can result in a insane results in the long run.

The body has limitations but the mind does not. We focus so much on what goes on from the neck down, that we forget it all starts from our mind. If you’re not mentally ready,  then you are never really physically prepared. Preparation starts from our minds and I firmly believe that everybody in this room and on this planet has a gift.

It is your job to figure out what that gift is and act on it. Everyone sees the work that you put in but it’s what you don’t see that is going to determine how far you are going to go. I hear stuff all the time about people say “Look in the mirror and you’ll see why you’re not succeeding.” I don’t believe in that, okay? It’s what you don’t see in the mirror. That is what’s holding you back.  That’s what you’re not willing to see is why talent is not enough. And when you finally see it and accept it and decide to work on it, then you can take that to next level and maximize your potential.

I was always been lucky in that aspect.  The two people that you most look up to are going to form your vision of the world and what you are going to be in your later life. I am going to give you two pieces of advice.  You are your own biggest asset by far and you have a lot of potential. But most people go through life using up a very, very small part of their potential. Your job then is to maximize your potential.

Invest in your success and find your interest

Whatever you are doing, be sure to invest in yourself.  That is the best investment you can possibly make and then I would find my interest. Do what turns you on and excites you in the morning. I was lucky that I found something early that turns me on but, you don’t want to take a job just for the money. You don’t want to take a job for an organization that you really don’t feel good about or work for people that you don’t feel good about. You really want to be excited when you get out of bed every morning even though this would necessarily be the job that you have ten years later but you will be learning so much as you go along.  I took a job with Benjamin Graham,my hero.  You know I never asked the salary and I only found out the amount at the end of the month when I got my first paycheck. I just knew it was the right thing to be to be doing so I would say find your interest.

I think that happiness trumps everything. It is easy for me to say because happiness is my key to success and it really worked out for me because my happiness coincides with financial upside.  I have friends who make 74 thousand dollars a year and they are happier people than friends who are making 18 million a year. Please don’t let the entrepreneurial society or your parents push you into what success is, as it is different for all of us. You have to be self-aware about it.

Who you spend time with most often or on a regular basis is going to affect your beliefs and your values.  The fact that if I am gonna play tennis I play with someone worse than me on a regular basis, then I am not going to get better. If however, you play with someone much better than you, then even if you seem to be a terrible player compared to him, your skills are going to grow significantly because of your desire to play at his skill level.

I should be the weakest link in the chain that I have and that will make me be stronger and faster because of the competition. I commonly use an analogy of the hundred-yard dash with the best people in the world. If you run with people much faster than you, you might come in last every single time but your time will be better because they are making you run faster. And as long as your timing is is faster, it does not matter whether you win or lose each time in the race. That is what I knew I had to do I had to get out of loserville and throw myself into a place where I could grow and develop.

The reality is going out and trying to do something, whether it is to make it on your own, start your own company, write a book or pursue some some artistic career,  you are going to face adversity day-in and day-out.  It is easier to quit when you know people don’t like the things you are doing, or you run out of inspiration or you think this opportunity is going to be a big shot and it doesn’t pan out or you get fired. It is never as easy as you think it is, and it will never goes as smoothly as you think it is and I think obviously how we respond to these these sort of pivotal moments of enormous adversity is one thing but I am more interested in how you bounce back day in and day out, how do you get up and do work ,and get up and do the work and deal with the problems as they come your way.

7.Tom from Inside Quest

It is completely in your control and is completely identifiable. It is only when people don’t want to believe in the very simple truth. The simplest answer is probably not some big conspiracy against you or the department that you’re in or whatever it is.  You are seemingly not doing as good enough of a job.  Steve Martin wrote a book called be so good that they can’t ignore you, so if you maximize your potential and be the best that you can be, people will start noticing you.

It is like the masterpieces of enjoying your life to the utmost and having the most success with your family and friends. The person with the most relationship success does not seem to be rewarded the same way in our world as someone who has a baller house and a helicopter picking him up. If you are born into like some super wealthy multi-billionaire family and you’ve got a Ferrari when you’re 16 and you know you drive around and fly around everywhere in private jets, you live in a giant mansion I just don’t think that ever appreciate the difficulty of getting all those things.

The first important lesson that I want to impart to you is the importance of escaping when i call the comparison paradigm.  You basically have the self acceptance paradigm and the comparison paradigm where you might not have thought of many things. You may not be making a lot of money or you’re not that tall you’re not that good-looking but after a while you start seeing some success. You are now making a hundred grand a year and it sounds like a lot but what if you move to a neighborhood where your  friends are making 500k a year or even a million a year.  What happens if you move into a neighborhood where people are making a million dollars a year and you are going to be around people who are making 10 million dollars a year. How about if you make 10 million, and you will be around people who are making 50 milliona year.  Do you think that you would ever feel secure about yourself then if you make 50 million dollars a year?  Unless you fix the inner issue, you still probably would not be secure because we’re making 50 million a year  and now you are  comparing yourself to people with old money and old money laughs in the face of 50 million a year. This is why you will never win in this comparison paradigm.

I remember being out at the Lincoln mall in that Miami South Beach.  I went to this Watchtower called Arthur Miller and found out that these are a hundred-thousand-dollar watches. Out of curiosity, I asked,”how do you sell someone who’s interested in something?”  The person at the shop said that when you can bring your yacht to the restaurants, you can wear your Arthur Miller watch.”

So why do people buy these watches?  Well I think they do it because they need people to see that they have the big yacht in order to feel comfortable about themselves. When their yachts not around them, they will feel uncomfortable, which is similar to them not wearing their favorite shirt. In whatever circle you are in,  there will always be somebody who has more money than you.

You know rappers where we think we are so tight because we got a gold grill or rolex watch or heated floors? Well, some people have a piece of artwork in their house that’s worth more than your entire networth. So if you’re comparing yourself with them, you are not going to win no matter how much cash you make.  You have to get out of that comparison paradigm to feel secure about yourself.

It is very important to sit down and have an honest conversation with yourself  about the life you want to lead and what things will personally fulfill you. Understanding that everyone’s notion of success is and will always be subjective is crucial. Stay away from social media for a time if you have to.Don’t chase a goal because of the validation you might receive from others.It’s okay not to know the right away what you want to do in life, you can be micro goal oriented, advancing and progressing 1 per cent everyday to become a complete version of yourself, reading the books,listening to seminars,eating healthy and exercising. Invest in yourself,grow and become better than who you were yesterday. Do not underestimate the power of small progress every single day!