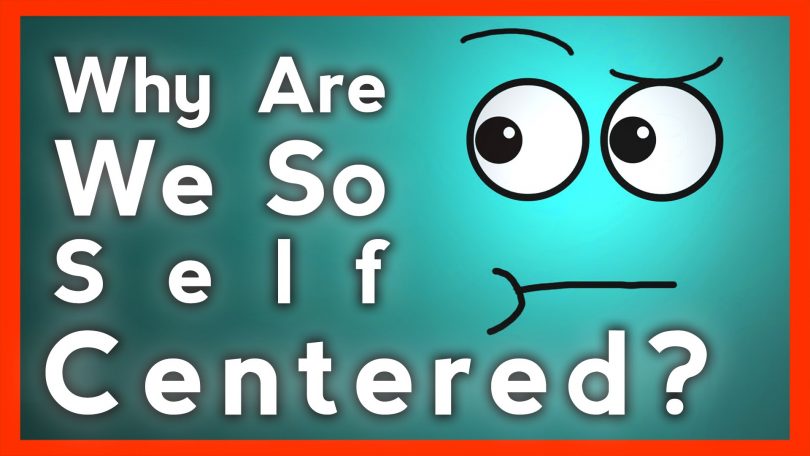 Narcissists are individuals who feel that they are more important and always have so much need for admiration and a lack of understanding for the feelings of other people. These people put too much focus on the idea of achieving success and power and always take advantage of, or oppress others and thus the reason why dealing with a narcissist weighs one down. You might have people in your life who have narcissistic behaviour and it is definite that it is always a nightmare dealing with them. This could be because they always want to be the center of attention such that every conversation has to revert to them.

Narcissism especially when diagnosed as a disorder may negatively impact our life and relationships. One thing about narcissists is that they are very likable at first but the more time you spend with them the more difficult it becomes to cope with their character. It can be a real problem if you have this person as a spouse, a close friend or just anyone you spend a lot of time with because narcissism relationships are always challenging. It is said that almost everyone has some level of narcissism but it reaches a point where it is ruled out as a disorder. One can know there is a problem when any contact with a narcissist makes you feel bad about yourself.

It is the narcissist’s character or way of doing things that makes them impossible to tolerate and if you have had to deal with any then I am sure you can relate. Explained below are different ways through which narcissists destroy a person’s confidence and self-image.

1)Refusing To Take Accountability For Their Mistakes

Narcissists believe that they are perfect and incapable of mistakes so anytime an issue arises they want to come out unscratched by blaming everything on other people. According to research, narcissists believe that they never do any wrong thing and in their eyes, other people are always to blame. Admitting guilt is like a sign of weakness to them as it hurts their ego and are always quick to turn responsibility to the people around them. This means that when dealing with such a person you are likely to have your confidence and self-image destroyed as they will go to higher lengths of linking you to problems that are of their own making. Their aim here is to make sure that they remain the better party and they do this in a ways that makes you confused such that you end up doubting your actions. To them, other people’s feelings are never considered and as long as their name and wellbeing is secured then they never bother about you. There is a part of them that believes they are better than others and is what gives them the strength to manipulate every situation to favor them.

It is common knowledge that words can go an extra mile to either building or destroying a person. When your confidence and self-image is in question, am sure there are comments you wouldn’t take from other people. Dealing with a narcissist can be difficult because they are determined to indulge their ego and the only way to do that is by making people around them feel less important. They normally do that in a very tactical manner and a good example is when tension rises in any situation they say they hate drama or you are too sensitive. Every word they utter works on challenging your intelligence, personality or abilities and is considered to be extreme narcissism. One thing is that how they argue themselves out leaves no room for one to defend their dignity, they hurt you with words that affect your confidence and self-esteem .

One other thing about a narcissistic person is that they are always in the mood to instigate confrontation. They always feel comfortable when on a platform o battle and thus always find a way of creating conflict with others. Their desire lies in being able to create a false sense of importance and superiority. This, therefore, means that they can expose you to some kind of drama that you may not be able to handle or may not have interest in. In some situations, you find that they spread rumors or secrets just so they can fuel fire and appear to be the greater people. It is a bad thing because other people detest arguments and drama as it drains their energy and harms their self-esteem. Think of a situation where one confronts you with something you have no idea about, the most probable thing that happens is that you are rendered defenseless.

3) Take Advantage Of A Person’s Insecurity

Narcissists also get to you by identifying your insecurities and then finding a way to use it against you. What happens is that as you build up on a relationship or friendship they normally pick up on that and then find the opportune time to bring it up as long as it is in their favor. No matter what it is am sure you may view it as a vulnerability and the moment that person brings it up then your confidence, esteem and self-image is affected. To them, it may feel like they are defending themselves but the truth is that deep inside they enjoy the anguish you are going through having to face your insecurities over and over again. They know that very specific thing affects you in a certain way and bringing it up makes you abide by what they say or do.

As mentioned, you can identify a narcissist by how they always turn a conversation to be about them. When around them they talk so big about their achievements or progress in life so that all the focus turns to them. You may want to talk about something else apart from who they are or what they have but they just force conversations to revolve around them. By doing this, they end up making the other person feel less appreciated or not worthy at all. A good example is when you mention a good thing that happened to you, like getting a job promotion but they will make sure they show you how better they are or how getting a job promotion isn’t a big deal. The other person ends up feeling bad about who they are as their mind has been corrupted or have been made to doubt themselves.  Narcissist want to feel and appear better or more achieved than any other person and how they do it, even if it means crashing the other person’s self-esteem doesn’t matter to them at all.

The narcissist character comprises of some aspect of selfishness and un-appreciation and they never have it in them the heart to appreciate what people do for them. According to them, nothing one does is ever good enough and they always look for that small bit to disregard your efforts. Narcissists have unrealistic expectations and impossible standards and nothing to them is ever good enough. One thing about narcissists that is a complete confidence killer is the fact that they never recognize the good things you do but always have a list of everything you do wrong. This breeds so much negativity and may change the positive outlook one has about who they are to a darker one.

Narcissists also destroy your confidence and self-image by being too judgmental as they have a critical eye and harsh judgments. They always say that something is not good enough, it’s a waste of time, etc. this ends up affecting the decisions you make in life because you always flashback to what they told you previously and if it is someone close to you, you would want to do things as they expect just so you can avoid the negative judgment. Mostly, if you do things that contrast with what they think they end up bullying you in one way or another and this kind of narcissism treatment changes how you view yoursel. It means that you are going to live your life according to this other person’s view of it and that denies you fulfillment.

When dealing with a narcissist you also realize that they are always very controlling and this means they have to stand out or be the leader or decision maker in every situation. They never give other people a chance to share their opinions or thoughts or if they do it is disregarded or demeaned. They have this need to be the hero in every story and therefore ensure things go as they wish whether they are right or wrong. When a decision has to be made or an action has to be taken they try everything to make sure their word goes and never even give other people a chance to contribute. If you are for example planning a trip they want to force you to travel to places you don’t want or eat in restaurants you don’t like. Deep inside they think that whatever they have in mind is what is right because they are more intelligent, experienced or just something.

8) They Don’t Understand Other People’s Emotions

I would simply say that narcissists never exercise emotional intelligence and this is what makes them get hurt or hurt others easily. They actually don’t take the time to recognize, understand and manage emotions, something that is prevalent in female narcissists. The narcissist’s self-centeredness prevents them from noticing that they actually made a person feel bad or lessened their self-esteem. As long as their ego or pride is protected nothing else is more important and is why they easily make one lose confidence. Their words, attitude or actions always belittles a person whose feelings get caught in the middle.

It is also known that in order to accommodate their own selfish needs narcissists have to be cruel to others in so many ways. This could be not listening to what others say, taking advantage of you etc. this definitely affects how someone feels or sees themselves as their emotions or feelings are hurt. Their moodiness also highly contributes to the cruelty expressed. One could try to be good or considerate when dealing with a narcissist but they so easily anger you.