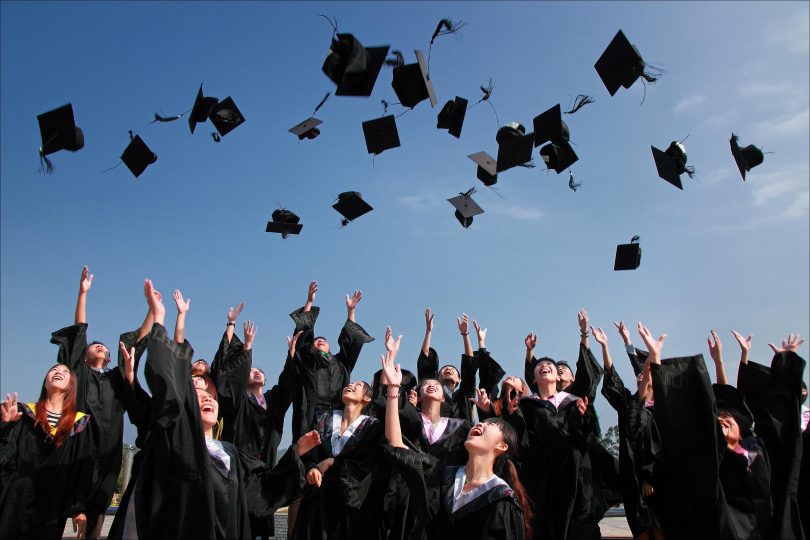 There is a famous quote from Aristotle, “We are what we repeatedly do. Excellence then is not an act, but a habit.” Whether you like it or not, a large part of what you do in your life is governed by your habits.

What you do each day is much more important than what you do once in a while. A lot of people mistaken and have the wrong perception to think that success is about doing one big thing or making one big decision, which not really true. What you do on a regular basis is what will determine much of your life.

Think about it, if you hit the gym only once, do you expect to lose most of your extra fat? Not at all, it takes consistent effort over the long-term to lose the additional fat and to become slim and fit. The same goes for every other part of your life, be it financially or in your career.

And this is why your habits are important because they can either make you a highly successful individual, or they can break you. Here are the 7 habits of highly successful people you can adopt to produce extraordinary results in life.

Bill Gates was inspired to bring a personal computer to every home when the computer was something expensive and only available to the few who can afford one many years ago. Elon Musk started Tesla because he believes that electric vehicles are the future and he created SpaceX with the mission to “colonize Mars”.

Thinking big is the foundation for success. Without a big dream, you will never be inspired and you will never have the motivation to work for a bigger cause. More importantly, when you think big, you will automatically attract like-minded people who will want to work for you.

People prefer to work for Google and Apple rather than working for a company without a clear direction and a mission. Like attracts like and when you dream big, other people who shared similar vision will come to you.

Yes, highly successful people have the habit of thinking about their goals all the time. They can’t stop thinking about what they want to accomplish and hence, they are willing to sacrifice their leisure time to work on their goals.

Plus, highly successful people are extremely focused on what they want. One of the reasons Apple became the company of the decade because Steve Jobs was so focused on their products and they only brought in what they believed are the best products. And in the mobile industry, Apple created only one phone, the iPhone, and yet, they made billions from it.

You must focus on your goals each and every day. Think about your goals and visualize your success as much as possible. Most people fail to create amazing result in life because they lack focus. They switch from one business to another and they constantly jump from one opportunity to the next.

Success requires time and this is why the focus is important because you have to stick to your plan until you produce the success result you desire. So stop jumping from one opportunity to the next. Choose to stay with your plan and focus on your goals until you achieve them.

Do you know that most successful people wake up early? Tim Cook, the CEO of Apple wakes up around 4am each morning to exercise and go through emails before he starts his work in the office. Dwayne “The Rock” Johnson is one of the most famous actors in Hollywood and he wakes up at 4am to workout in the gym to get an edge on the competition. Jack Dorsey, CEO of Twitter and Square says that he wakes up at 5am to exercise, meditate, and then check in for his workday.

Highly successful people choose to wake up a couple of hours before their workday actually started because they want to gain an advantage over their competitors and they want to make sure they start their day strong. They choose to use their morning time to exercise, tackle personal projects, plan their day, and prepare themselves for the rest of the day.

You need to adopt the habit of working hard too if you want to be successful in life. Choose to wake up early to tackle your most important work, exercise to gain more energy and more importantly, work hard and spend more time on your goals.

Many studies and interviews have been conducted on highly successful individuals, and the result shows that most of them read a lot. Most of them do not read for entertainment, rather, they read biographies, history, and self-help books.

Bill Gates says that he reads about 50 books a year, which means he reads about a book per week on average. Oprah Winfrey, the media mogul who made billions has her own book club and she selects one of her favorite books for the members of the club each month to read and discuss. When people ask Elon Musk how he learned to build rockets, he answers, “I read books.”

The habit of reading seems to be very common among highly successful people. Therefore, make reading your habit as well. Spend at least 30 minutes to an hour to read each day. The more you read, the more you can understand and learn.

Your thinking will be affected by the ones that you spend the most time with. Imagine if you mix around with people who love to complain and play the blame games, what do you think will happen to you? Well, you will become one of them and complain whenever things are not going your way.

On the contrary, if you always mix and network with other positive, successful and people who inspire you, you will think and act like them too. You will be positive and be inspired to do big things in life.

We are greatly influenced by the people around us. Hence, try to mix around with other highly successful people and spend your time with people who inspire you to achieve better results in life.

Highly successful people simply do not listen to the naysayers. They believe in themselves rather than believing in the naysayers. Arnold Schwarzenegger once said that he likes it when people say that no one has ever done it before because if he did it, he will be the first one to do so.

Successful people believe in themselves and they put the trust on their hard work. People say that electric vehicles are not possible, however, Elon Musk proves it otherwise. And when Musk started SpaceX with the mission to make space travel possible, many objected his idea and said that it is impossible. Today, SpaceX has become one of the most successful aerospace transport companies in the world, with the highest success rate, which is higher than NASA.

If you want to be successful, you must ignore the naysayers and never listen to people who tell you that your dreams and your goals are not possible. Choose to believe in your dreams and goals, and more importantly, have faith and take massive action to achieve the results you truly desire.

Successful people are extremely persistence with their dreams and goals. They will never give up on what their dreams no matter how tough the situation becomes. Remember, a winner will never quit and a quitter will never win. When you choose to give up and quit, you lose the chance to win the game. Hence, be persistence and choose to stay on your goals at all times.

If you read the biographies of highly successful people, you will notice that their journeys to success are not a smooth one. They experienced many setbacks, rejections, and hardships before they achieved extraordinary results and become successful.

Walt Disney was fired from the Kansas City Star because his editor felt he lacked “imagination and have no good ideas”, but Disney persisted with his dreams and eventually created “Mickey Mouse”.

It is said that Colonel Harland David Sanders faced more than a thousand rejections before his fried chicken recipe was accepted and became Kentucky Fried Chicken that revolutionized the entire fast-food industry.

J.K. Rowling was a single mother living off welfare when she began writing the first “Harry Potter” novel. Today, she is internationally renowned for her “Harry Potter” series and movies, and also the first billionaire author.

You have to be persistent if you want to be successful and to produce extraordinary results in life.