How To Win In Life With The Tortoise Mindset

10 Tips on How to Overcome Negative Thoughts

10 Tips on How to Overcome Negative Thoughts

Never In Your Wildest Dreams

Never In Your Wildest Dreams

10 Golden Tips to Improve Your Self-Esteem

10 Golden Tips to Improve Your Self-Esteem

Do You Have The Highest Possible IQ?

Do You Have The Highest Possible IQ?

11 Rules To Game Of Life And Play To Win!

11 Rules To Game Of Life And Play To Win!

Among the Aesop’s stories, you must have heard the one about the Hare and the Tortoise that goes like this

“There once was a speedy hare who bragged about how fast he could run. Tired of hearing him boast, Slow and Steady, the tortoise, challenged him to a race. All the animals in the forest gathered to watch.

Hare ran down the road for a while and then and paused to rest. He looked back at Slow and Steady and cried out, “How do you expect to win this race when you are walking along at your slow, slow pace?”

Hare stretched himself out alongside the road and fell asleep, thinking, “There is plenty of time to relax.”

Slow and Steady walked and walked. He never, ever stopped until he came to the finish line.

The animals who were watching cheered so loudly for Tortoise, they woke up Hare.

Hare stretched and yawned and began to run again, but it was too late. The tortoise was over the line.

After that, Hare always reminded himself, “Don’t brag about your lightning pace, for Slow and Steady won the race!”

How can you use this story and achieve the things you want in your life?

While the tortoise ambled along slowly he never got tired. The hare ran as fast as he could but soon got tired. This story works differently in different people’s lives.

Since then, different people have had different interpretations of Aesop’s fables. So what can you make out of the story? 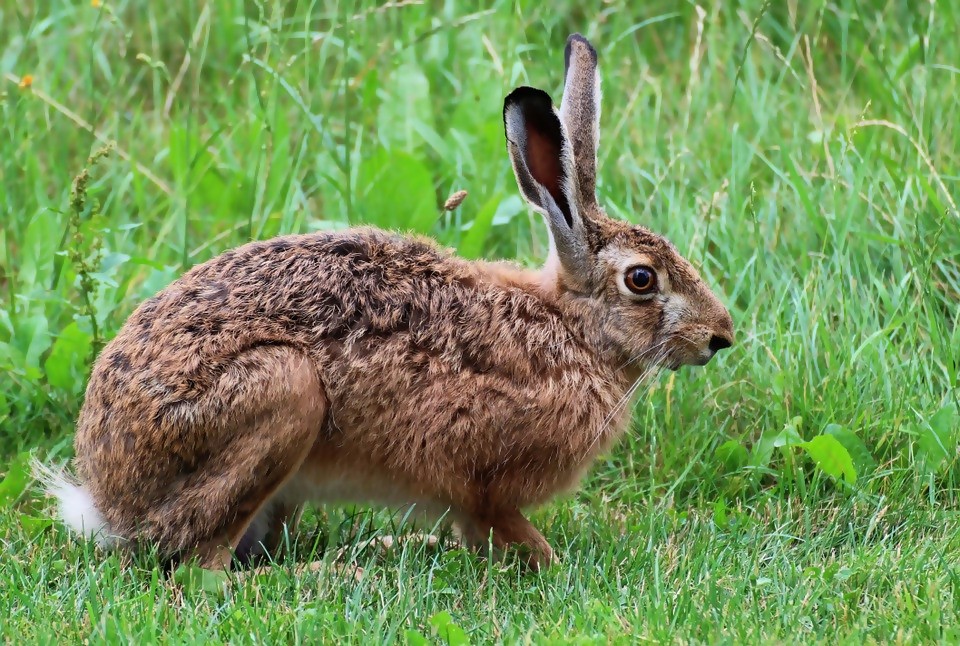 These days, people think that moving fast is the way to succeed in life- The hare thought that running fast could make him the winner. People are always in a hurry to get today’s work done so they can focus on tomorrow’s work. This way, they end up getting burned down like the hare.

People are always in a hurry to get rich quick, get married and have kids achieve huge goals in life before they die. Everything around it promising us of getting rich quickly, think of lotteries that can make you a millionaire overnight, medications and training that can make you lose weight fast. You can order fast food, you get instant emails, communication is instant, just single click of a button sends an instant message.

People are looking for instant results, instead of working slow and steady like the tortoise. But are the results worth it? In fact, the results are sometimes not easy to get and when it happens we get them, they are just worse.

The fact of the matter is that we end up tiring ourselves and that’s why it’s vital to change our approaches against life. What if we use the tortoise approach?

What if we walked slow and steady, walked, and walked and never ever stopped like the tortoise? Although the results wouldn’t come overnight, at last, the tortoise finished the race and became the winner.

Even though the results we are chasing won’t come fast as we want, they will eventually come to pass. In fact, hurrying up things can make everything take forever to happen.

Life would become enjoyable if we stop the anticipation of instant results and focus on taking smaller and steady steps toward achieving big goals.

We could still achieve the same results had we taken the tortoise’s approach, although it took him time to finish the race.

But remember, no one was harassing him and in fact, he was just stress-free while the hare was running fast and boastful though worried that the tortoise will overtake him.

The results would worth the effort for example:

Think about what you could achieve when you decide to ditch the Hare mindset and pick the mindset of the Tortoise.

Think about what you could achieve by focusing on the long-term goals doing the right thing and forgetting the short-term and instant results which may even not happen.

According to Jim Rohn “failure is a few errors in judgment, repeated every day” and that “success is nothing more than a few simple disciplines, practiced every day.”

If you took the Tortoise mindset, you could have these results fast than you would have thought.

This means you will get many apart from your goals, you will also enjoy several other benefits including less stress and anxiety, improved focus, and more.

In short, what matters is not the speed but the consistency. And as Confucius puts it, “It does not matter how slowly you go as long as you do not stop”.

The Tortoise walked slow, steady, and never ever stopped, but he finished the race.

How the Tortoise Mindset Wins the Race in Life?

Just a quick question: Have you ever wondered why results start to show up when you give them a blind eye? A watched pot never boils.

When you drop the get-rich-quick mindset and follow the smaller steps to achieve your goals in life, you will eventually achieve what you want.

Remember, when you do something steady and consistently, you create momentum which brings progress and eventually you start to become confident in what you do.

As you start to become confident in what you do, you get shaped in a more empowered manner. That way, you start becoming the person you wanted to be in life.

As we conclude, this is what we would recommend: Break your goals into small achievable ones. Then start executing them one after the other every day until you get the results you want.

4 Traits That Are Common In Mindset For Success

4 Traits That Are Common In Mindset For Success

Why Tesla Called 369 Angel Number the Secret of the Universe

Why Tesla Called 369 Angel Number the Secret of the Universe

What are the enemy and friend numbers in numerology Life path number 7?

What are the enemy and friend numbers in numerology Life path number 7?

How numerology by date of birth can dictate your career path?

How numerology by date of birth can dictate your career path?

What is the #1 key for success?

What is the #1 key for success?